All You Need To Know About Diving With Sharks

Hey guys, my name is Sava, I'm a boat captain and a shark safety diver for Hawaii Adventure Diving, up on the North shore of Oahu in Hawaii. Even when I'm not working I'm still in the water, I absolutely love diving, and I particularly like close, juicy interactions with sharks, that's when I feel the most connected with wildlife and with nature and most connected with the ocean. When people go shark diving for the very first time, they will have a whole list of questions to ask. So for this Alchemy video, I've put together a list of my favorite, most frequently asked questions that people have, right before they go into the water with sharks for the very first time.


So first and foremost, it's important to recognize that sharks have been around way longer than humans, and they never had us as a food source until we showed up, and we are still not a food source for them and we never will be. Sharks eat fish, they don't eat humans, so unless you smell, look, move, and act like a fish, you simply will not be eaten. Sharks just don't eat people. There are roughly less than 10 deaths per year with shark-related accidents and it's usually a test bite, whether, you know, you're in murky water and the shark doesn't see exactly what it's going for, but that is an accident that is not an intentional bite. And at the most it is a bite, it's never a shark actually eating a human whole.

Should I Go Shark Diving On My Own?


Even though sharks do not eat people and attacks are generally only by accident, it's very important to acknowledge the fact that sharks are very capable, very powerful predators and they are wild animals. So if you just go ahead and, you know, decide to go out into the ocean on your own, and look for interactions with sharks, you're asking for a world of trouble. The only way to do this safely is to go with people who have been around sharks, people who are experienced and have been in the water with them and understand their behavior and can see things before they happen. Otherwise, you're just asking for trouble. There are fantastic shark boats all over the world, with professional safety divers who are trained, and this is definitely the way to go. So, don't just go out diving with sharks on your own. Sometimes when sharks are coming up on you, they can get closer than you would expect or that you're ready for, and so that is also why you want to have experienced divers with you, so that if a shark does come really within your personal space, just to bump you or to check you or to feel you out or understand who and what you are, that you have somebody with you that knows what's going on. 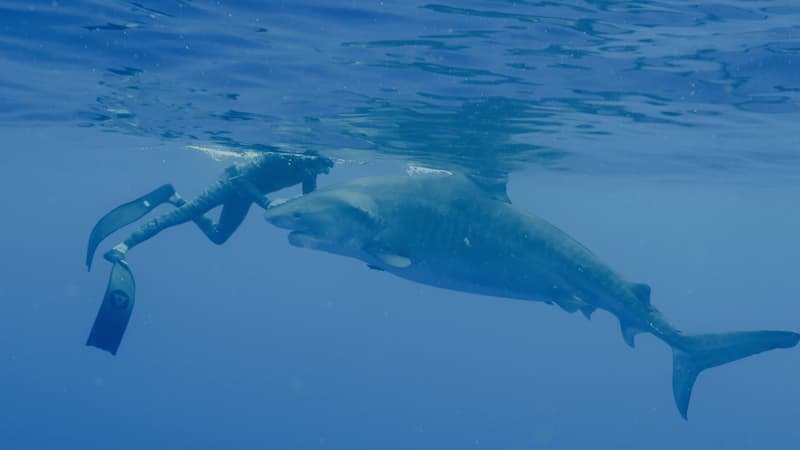 Will Peeing In My Wetsuit Attract A Shark?


Most of the people that I dive with, that I know, myself included, pee in our wetsuits when we first get into the water, it's almost like a natural reaction, and we don't get eaten, that's simply a myth. The shark won't think that you're scared or smell your fear, so the answer is "no, the shark will not want to attack you, the shark will not want to eat you, that is a myth".

How Can I Distinguish A Male Shark From A Female One?


So the answer to that is the same way you would check a baby or a cat or a dog, you just have to take a peek down there and look for something called claspers, and that's the male shark reproductive organ. And where men have one reproductive organ, male sharks have two, so you just have to look down there to be sure and if you see these two things sticking out, then you know you're dealing with a male shark.

What Happens If I Have A Scratch On My Body?


If you have a small scrape or a scratch or a little bit of blood will the shark want to attack you and think that you're its prey? The answer to that is also no. Unless your blood smells like fish blood and unless you're flapping your hands all over the surface and frantically panicking and you're heavily injured and you smell and look like a fish, the shark just will not react to that in any way. So if you have a scrape or a scratch on your body and you're acting normally, the way you're supposed to be when you're in the water with sharks, a shark will not want to eat you, it will not want to attack you. 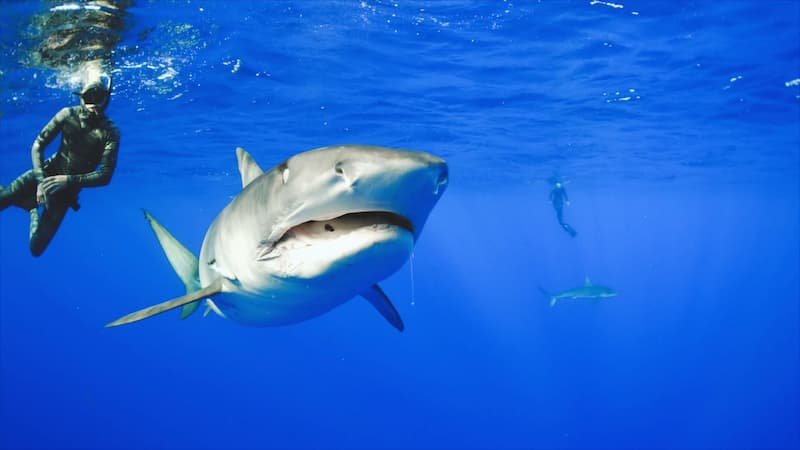 Why Do Sharks Approach Divers?


The answer to that, first and foremost, is because they're very curious beings, they want to know what's going on, they want to check you out, but really, more than anything, it's because you're in their home, we have to acknowledge the fact that we are guests in their home, we are guests in the ocean, I only have to respect that, and if somebody was in your home, you would definitely investigate, you would definitely check out what's happening. But that is not an immediate sign of aggression. Just because a shark is coming towards you, does not automatically mean that the shark wants to eat you.

How Much Force Is Needed To Redirect A Shark?


Most of the time almost no force at all. It's really just about knowing which part of the snout to touch. There are certain spots where if you put your thumb up on it, it's almost guaranteed that the shark is just going to open up on you. Other than that, whichever direction you push the shark is the direction it'll go. Sharks don't really have a reverse gear, they only have forward gear. So whichever way you send it is where it's gonna go and half the time, more than half the time, you don't even have to touch the shark, because when it's coming towards you, it'll just turn last minute anyway, it's kind of just checking you out, it's seeing what you're about and it's here to hang out sometimes. So, a lot of times it's knowing when not to touch the shark, but in terms of force, most of the time barely any force at all. 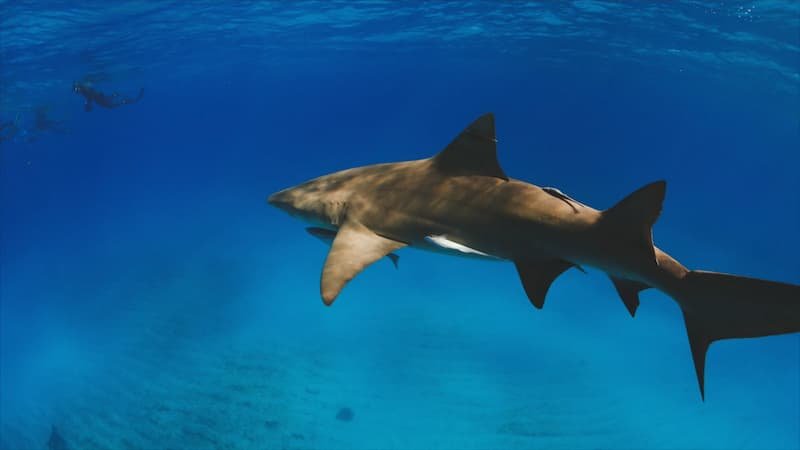 Is Shark Diving A Job?


Taking people shark diving is an absolutely amazing job and it also gives you the opportunity to share certain facts with people. Once they get out of the water, once they've dove with the sharks and see them for who they really are, it really gives you an opportunity to share what's happening to the ocean, what's happening to the sharks. And just to bring awareness to the whole situation because it really is a crisis.

How Can You Help Save Sharks?


The shark population is down to about 30% now and we've done this in the last 50 years or so, we've killed off about 70% of the shark population. It's mostly done through bycatch, so fishermen who are not intentionally out to catch sharks, but they're catching fish like tuna, for example, will accidentally catch sharks in their nets and on their hooks. These would be like long liners and trawlers specifically, the sharks are caught as bycatch on these ships. And by the time they pull them up, they already spent eight hours on a hook or eight hours in a net and they're already dead because most of these sharks need to move in order to breathe, in order to push water through their gills they have to move. So eight hours later they're pulled up and they're dead.

Shark finning is another major contributor. Sharks are caught for their fins, it's a big sign of status in Asia, but all this information is on Google, it's on YouTube, there's amazing documentaries out there that you can educate yourself on. But the second thing you can do is just go out, go diving, go find a shark boat, like go find your local shark boat and go diving with sharks, build a relationship with the ocean, build a relationship with sharks, and then once you've done that, you'll know shark divers and you can share your knowledge, share the things that you've learned with your friends, share photos, share your experiences, and just spread the awareness. Because if we don't stop this we just won't have sharks, like in 20 or 30 years, there will be no sharks left.

Long Or Short Fins?
You Decide!

Share this on
Previous: Spearfishing Deep Groupers In Greece
Next: A War Against Climate Change