To conceive of a conversation I would have with a person I never knew. Who I only know as a legend. To imagine what he would have thought of the evolution of his sport, had he not met his end in 2001- when the freediving world record was just over 50% of what it is today. What are the questions I would ask to understand what freediving for a lifetime makes a man into? He was a pioneer, a freediving icon, the dolphin man. What sacrifices did he make to become the first deep human? To inspire a whole generation of divers.

Who Is Jacques Mayol?


Jacques began freediving in 1955 at an aquarium in Miami, Florida. The 56- year-old has made an indelible mark on the ethos, conscience, and limits of competitive freediving. We now follow in his pursuit of discovering what depth limits the human body can reach. Jacque Meyol is no longer the deepest, but he has so profoundly affected the freediving community with his legacy. Bequest by the movie inspired by his story, The Big Blue. I wonder how he would respond to the way freediving has grown as a sport in the present day. He did not have the knowledge, education, or methods of progressing in depth that we have now. If I could, I would ask him so many questions about what competitive freediving was like when its story was just beginning. 
Would he be proud of the progress and growth in popularity freediving has made? Would he recognize the sport he pushed the boundaries of more than 40 years ago? If I could, I would ask him if he was happy with his legacy, and if he felt he had ever been quoted out of context. When was he introduced to mental training and when did he begin implementing them? I know how I feel after focusing on thirty minutes (or less, truth be told) of mental training. Did he, too, begin with a wandering mind? How did he mentally overcome a difficult performance? I would ask if focusing on depth was enough to keep him motivated. Jacque's love affair with apnea began with his fascination with dolphins. Was it this deep connection with the oceans and their creatures that made him the best?

I came into this sport motivated to compete rather than connect with the ocean. I can't help but wonder if that connection is needed to take my diving to the next level and increase the enjoyment of my sessions. Mental training might simply be a skill I need to work on over time. Does he find that certain mental techniques work better than others? If so, why? During the scientific research phase of his career, Mayol tried to answer whether man had a hidden aquatic potential that could be evoked by rigorous physiological and psychological training. His diving philosophy was to reach a state of mind based on relaxation and yoga breathing. What would he think now that yoga has become a central and common practice of freediving? 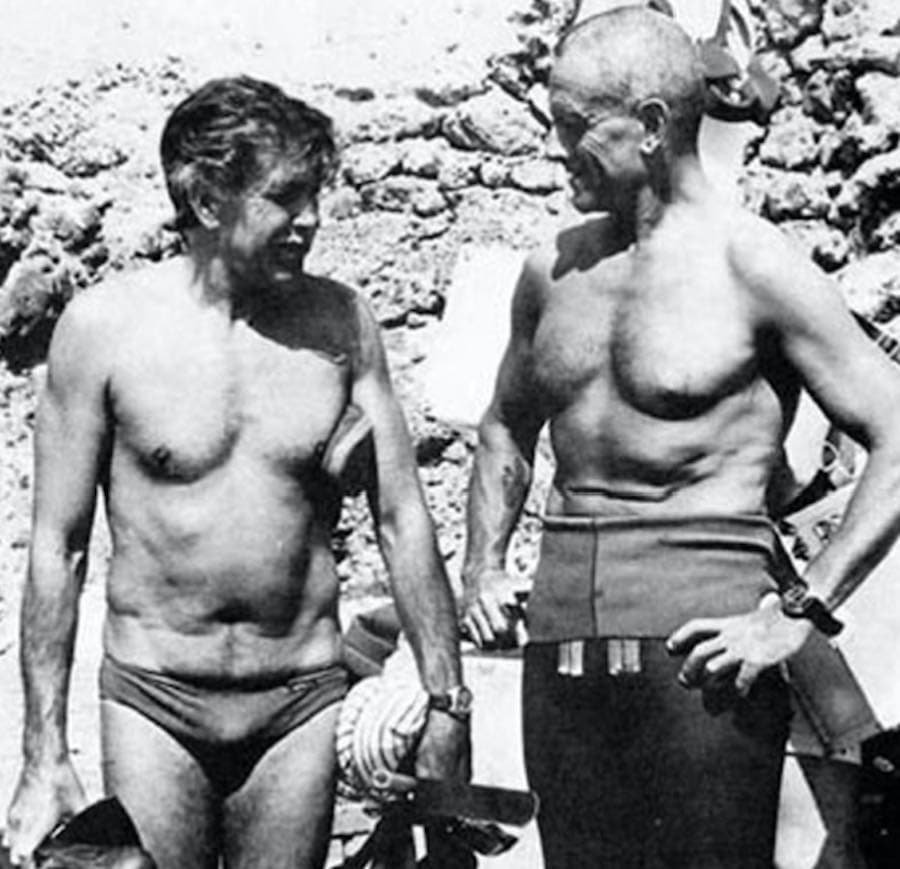 Would he hang out with the elite freedivers of today and continue to compete in competitions? Where would he choose to freedive? Perhaps he would dive in the iconic Dean's blue hole in the Bahamas. Maybe he would try drift diving along the islands of the Philippines. His favorite place to dive when he was alive was the northern tip of East Caicos. He lived his life spread between his birthplace in France to Italy, Japan and the Turks & Caicos Islands. I think he would enjoy the secluded nature of Dominica. I would have to take him to Egypt, to experience the incredible wild dolphins of Ras Mohammed.

I would love to have him in a freediving class today to see what he would learn. What freediving knowledge would he share with us and how would he structure a lesson? How did it feel to be one of the few people in the world to pursue freediving? In today's freediving world, our numbers and connectivity to one another has grown substantially due to online education and social media. What would he think of the way we film freediving videos today? Would he encourage its recreational growth and the many new organizations it's taught through? I would love to see him watch Dive Eye footage for the first time. To watch his expression after he sees how freediving is done today with its modern techniques and advanced mouthfill. I would relish the thought of hearing his perspective on ego within the sport, since he was the guru of the breath hold and originally dove into forming closer relationships with the underwater world and dolphins. What advice would he give to those in the pursuit of depth, exclusively? How would he feel knowing how many people have surpassed the limits he originally set? The 100-meter barrier in self-propelled disciplines is getting crossed more and more each year. would he be nonplussed? Jacques Mayol predicted that, within a couple of generations, some people would be able to dive to 200 m and hold their breath for up to ten minutes. Today, the no-limits record stands at 253 m and the static record is over 11 minutes. I wonder if he would have spent more time exploring other disciplines- given the chance to do it all over again. I wonder what depth Mayol would dive now. Would he dive at all?

Looking For A Neck Weight?
Watch This!

Share this on
Previous: Detach Yourself And Focus On The Dive
Next: Motherhood And Freediving